“You Never Know Who You’ll Find” 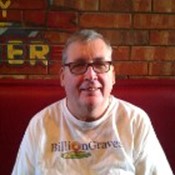 Paul Smith (also known as “Graving Guy” at his local historical society) has found a LOT of interesting things in cemeteries. Most of them he wasn’t even looking for in the first place.

“For me, that’s the big advantage of doing the photographing. I mean, you never know who you’ll find.”

Paul loves going out and taking pictures in cemeteries then going home and researching some of the people he found that day. Usually he’ll have specific people he’s looking for but sometimes, he says, 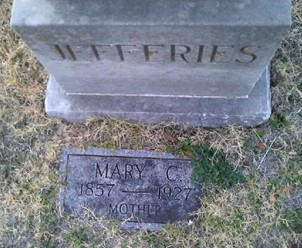 “When I get to the cemeteries, I find people I’m not looking for.”

Paul lived in over 20 different places as a child, but ended up in Wichita, Kansas. Although he didn’t have any familial connections when he first moved to Wichita, he was determined to find at least one.

That was the case last year when he came across Mary Jeffries’ headstone. When Paul looked her up, much to his surprise she was the daughter to Sarah Swartz, Paul’s great-grandfather’s sister.

He had found his great-grandfather’s niece and his own Wichita connection without even knowing it!

After researching Mary Jeffries, Paul found out she had a grandson whose burial records had been lost in a funeral home fire. His grave hadn’t been photographed by anyone yet, so Paul had no idea what cemetery he could be in.

“The odds of me finding him anytime soon [were very slim],” Paul said. “I figured if I were to ever find him, I would have to stumble upon him.”

And that’s exactly what happened. Paul was actually looking for another headstone in the White Chapel cemetery in Wichita, Kansas when he looked down and saw Hiram Jeffries’ headstone. He was absolutely thrilled! 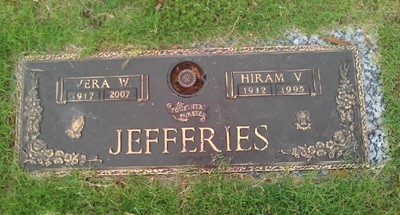 As he’s out in the cemeteries, sometimes Paul will talk to the cemetery staff and find out more about the people buried there. That’s how he found the grave of Solomon Butler, the first African-American from Kansas to compete in the Olympics. 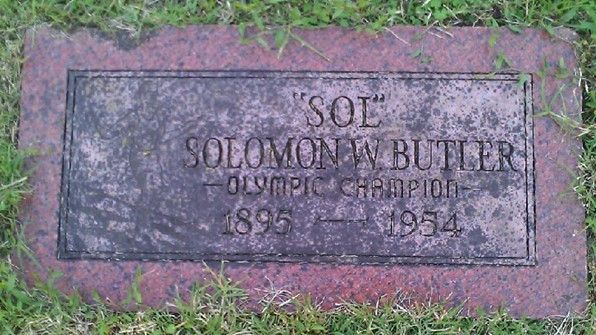 Paul has built a lot of good relationships to the sextons and caretakers of the cemeteries near him and has helped so I asked how he did it.

“I find that just being respectful to them oftentimes can help break the ice. And another thing I’ve done…is develop a relationship with them. I sometimes just go and visit and I’ve also offered to help. That helps build a better relationship with them. So it’s not always just me going in and saying ‘Hey I can’t find this grave.’ It shows that you care about them as people and it’s respecting what they do.

That won’t always guarantee that you can get around if they have a no-photograph policy but maybe you can build up a trust to see that you’re there to do more than take photographs.”

He also came across this moving quote on the back of a woman’s headstone who had passed away after a five-year battle with cancer: 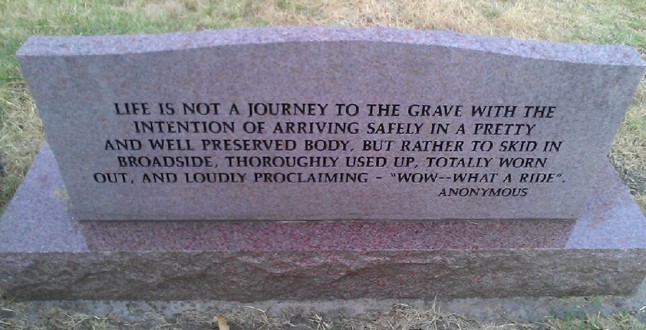 Paul has a special respect and is always on the lookout for veterans because both his father and brother were veterans. One of his most memorable finds was this monument for Father Kapaun—a chaplain for the United States Army who died as a prisoner of war in Korea. He was buried in Korea, but has been honored and remembered with a couple memorials in Kansas.

Paul has found dozens of treasures just by exploring the cemeteries near his home and researching the people he finds there. His dedication is remarkable and he is truly making a difference in his corner of the world—just ask anyone who found a  picture of their family member’s headstone because of him!

These incredible stories are just a few examples of treasures anyone can find in their local cemetery. All it takes is a little curiosity, time, and a love for those who have gone before us.

Tags #inspiration #Kansas #purpose #stories #veterans #Why we do it
Announcements, Fun Facts

Genealogy’s NOT Just for Grandmas