“If You Want Miracles, Take Pictures for BillionGraves!” 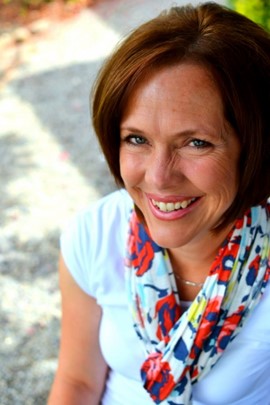 Not very many people can say they visited a cemetery for their wedding anniversary, but Colette Hokanson can. In fact, last year’s anniversary was her first time taking pictures for BillionGraves; she and her husband downloaded it before dinner and then visited the their local cemetery afterwards.

They enjoyed it so much, they visited 3 more cemeteries that very weekend.

Colette was hooked on BillionGraves. She continued taking pictures for BillionGraves throughout the next year with her family on Saturday mornings and occasionally on family trips. Each time she passes a cemetery, she begs her family to let her stop so they can take pictures.

One day, a friend asked Colette if she had any suggestions for an upcoming “Day of Service” their church had planned. Colette told her about BillionGraves and her friend loved the idea. They set it up so each congregation would be in charge of taking photos at different cemeteries throughout Oregon and northern California.

They held their “Day of Service” on September 14th, 2013 and had over 327 volunteers from 7 congregations participated in photographing 8 cemeteries. Together, they ended up taking over 17,000 photographs and were featured in an article in their local paper the next morning.

“The thing that was really cool was just to see all the people that all of a sudden got turned onto finding out more about their family.” Colette said. “It’s interesting how when you’re out there taking pictures. It turns your heart, you [think] ‘Wow, these were real people. I want to learn more about my family; where are they buried?'”

But that wasn’t only great thing that happened that day.

Colette’s congregation was assigned to the Central Point Cemetery because she knew she had a great-uncle (John Daley) buried there and she wanted to find where he was at. She instructed everyone to keep an eye out for any headstones with the name “Daley.” Coincidentally enough, her husband found her uncle’s headstone surrounded by some of his family members.

However, after they had finished taking photographs, one of Colette’s friends—Kristina—said she found two babies’ headstones in the corner of the cemetery with the last name of Daley: Daisy Bell Daley and Victor Hugo Daley. Colette hurried home to research if they were related and sure enough, Daisy was a grandchild to Colette’s great-uncle John. 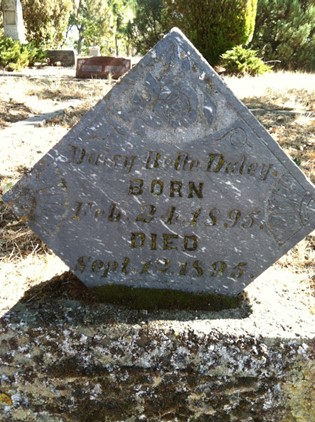 Colette was amazed. “I would not have found her if we wouldn’t have done this,” she said, “because she was born [and died] in between censuses.”

But the miracles didn’t stop there!

Colette went home and did more research on that side of the family and found out that she had even more relatives than she knew about buried in her area. As she discovered more grandkids of her great-uncle John, she looked up where they were buried and found that one of them was on BillionGraves.

“I thought ‘Oh my gosh, someone took their picture!'” Colette recounted, “And I looked and it was me! I took the picture last year when I first got that app and I had no idea that I was taking a picture of one of my family members. It took me taking a picture in another cemetery (of Daisy Bell) to go and continue to search… It [was] just so, so amazing, so fantastic!”

Not only was she able to find her own relatives through the pictures she took, but she also helped a friend find his relatives too. As she was helping him find out more information about his grandparents, she suggested they look on BillionGraves to see what they could find. When they did, they found out that his grandparents were buried nearby AND that her husband had taken that picture.

“It was just a little miracle to think that about 7 months before we had taken pictures in a cemetery and it turned out to be the grandparents of a friend of ours.” She said. “I thought ‘how coincidental.’ If you want miracles, go take pictures for BillionGraves! Download the app so you can have miracles in your own life.”

Her advice to anyone is to “Always keep BillionGraves in mind” when you’re traveling anywhere. “Make time on family vacations or on a Saturday to take a few pictures. Make time to stop and take your kids—my kids love it! If we don’t stop and take pictures of these cemeteries, we don’t know how much longer some of these headstones will last…”

“Just do it—even if it’s only a few headstones.” She said. “You never know what impact it will have on someone’s life.”