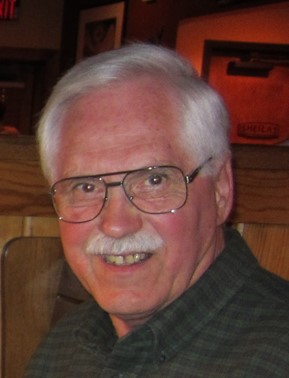 Lyle Clugg was so excited about BillionGraves when he first attended a class about it two years ago that he went out and bought a smartphone the next month.

“The whole reason why I got a smartphone was because of what I heard at that seminar at RootsTech.” Lyle said, “I thought this is just the perfect application… I have used so many other pieces of information from [a lot of other sources] so I thought this would be the perfect way for me to pay it forward and make information available for other people.”

And talk about paying it forward; Lyle has now uploaded over 25,000 pictures.

Lyle loves doing family history and traveling all over the country researching his own family. So while he’s out traveling, he usually fits in some BillionGraves-ing too.

His latest trip was to Oregon where he took over 2,000 pictures with BillionGraves. Every night when he would stop, he would find the local cemetery to take pictures.

How does his wife feel about his hobby? “She goes shopping while I take pictures” Lyle says.

He may not have his wife sold on BillionGraves yet, but he has taken a few trips with his daughter to some cemeteries. She lives in the Chicago area, so a few times when he’s gone out to visit, she’ll go with him to nearby cemeteries. They were even able to locate Lyle’s great-grandmother’s grave on one specific trip together.

One of the most interesting moments Lyle’s had was once when he got caught in a cemetery during a sudden rain and windstorm blew through. Lyle took refuge under a tree to wait out the storm. The wind was so loud, Lyle didn’t hear a hundred-year-old tree about 50 yards away blow over. A few minutes later when the storm was over, Lyle found the tree and told me “Now we know the answer to the age old question – when a tree falls in the forest, does it make a sound?” I guess not!

One might wonder why Lyle spends so much time taking pictures in cemeteries. Lyle even told me sometimes when he’s out there in a cemetery, he wonders “Why am I doing this? I’ve been out here for 6 hours, I’m starving!”

“You found my family’s graves. I live California. Lost my father as a child, and lost the family history with him. So amazing to find my great-grandmother’s grave, [as well as two of her children’s graves]. THANK YOU! I saw their graves. Made my day.”

That’s when he realizes “Okay, THAT’s why I’m doing this. It’s helpful and it will be helpful for the next couple of years. It’s not just this week that we’re concerned about.”

That is what it’s all about. It’s people like Lyle that are selfless and generous with their time who make the BillionGraves project worthwhile. That pay-it-forward mentality is what helps BillionGraves change lives.

Tags #Paying it forward #stories #Why we do it
Competitions, For Fun

Genealogy’s NOT Just for Grandmas

Preparing the Victorian Home for a Funeral

“If You Want Miracles, Take Pictures for BillionGraves!”